According to Waddington's epigenetic landscape concept, the differentiation process can be illustrated by a cell akin to a ball rolling down from the top of a hill (proliferation state) and crossing furrows before stopping in basins or "attractor states" to reach its stable differentiated state. However, it is now clear that some committed cells can retain a certain degree of plasticity and reacquire phenotypical characteristics of a more pluripotent cell state. In line with this dynamic model, we have previously shown that differentiating cells (chicken erythrocytic progenitors (T2EC)) retain for 24 hours the ability to self-renew when transferred back in selfrenewal conditions. Despite those intriguing and promising results, the underlying molecular state of those "reverting" cells remains unexplored. The aim of the present study was therefore to molecularly characterize the T2EC reversion process by combining advanced statistical tools to make the most of single cell transcriptomic data. For this purpose, T2EC, initially maintained in a self-renewal medium (0H), were induced to differentiate for 24h (24H differentiating cells), then a part of these cells was transferred back to the self-renewal medium (48H reverting cells) and the other part was maintained in the differentiation medium for another 24h (48H differentiating cells). For each time point, cell transcriptomes were generated using scRT-qPCR and scRNAseq. Our results showed a strong overlap between 0H and 48H reverting cells when applying dimensional reduction. Moreover, the statistical comparison of cell distributions and differential expression analysis indicated no significant differences between these two cell groups. Interestingly, gene pattern distributions highlighted that, while 48H reverting cells have gene expression pattern more similar to 0H cells, they retained traces of their engagement in the differentiation process. Finally, sparse PLS analysis showed that only the expression of 3 genes discriminates 48H reverting and 0H cells.

The integration and processing of endogenous and exogenous information constitute a fundamental requirement for cells to ensure functions and survival of unicellular or multicellular organisms. Cellular decision making is then at the core of the physiological or pathological functioning of living organisms. Early views of the mechanisms governing cell fate decision making, and in particular cell differentiation, were based on bulk population data, leading to an over-simplifying deterministic framework. In these first views, cell commitment to a predefined cell-type was thought to be triggered through a stereotyped sequence of intermediate states under the influence of specific signals. Single cell approaches have allowed to change the scale of observation of many molecular processes and revealed that an important heterogeneity in gene expression lies at the heart of isogenic cell populations. Stochasticity in gene expression arises from different causes, such as the probabilistic nature of molecular interactions or transcriptional bursts. Cell-to-cell variability is visible at all omics levels of gene expression, but is being widely studied at the transcriptomic level since various molecular biology tools are available for this scale of investigation. Overall, this heterogeneity in gene expression has been shown to be critical for the process of differentiation, as it provides diversity without the cost of hardwire-encoded fate programs.

Altogether, the reverting cells return to an earlier molecular state almost identical to undifferentiated cells and demonstrate a previously undocumented physiological and molecular plasticity during the differentiation process, which most likely results from the dynamic behavior of the underlying molecular network. 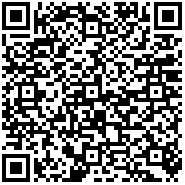